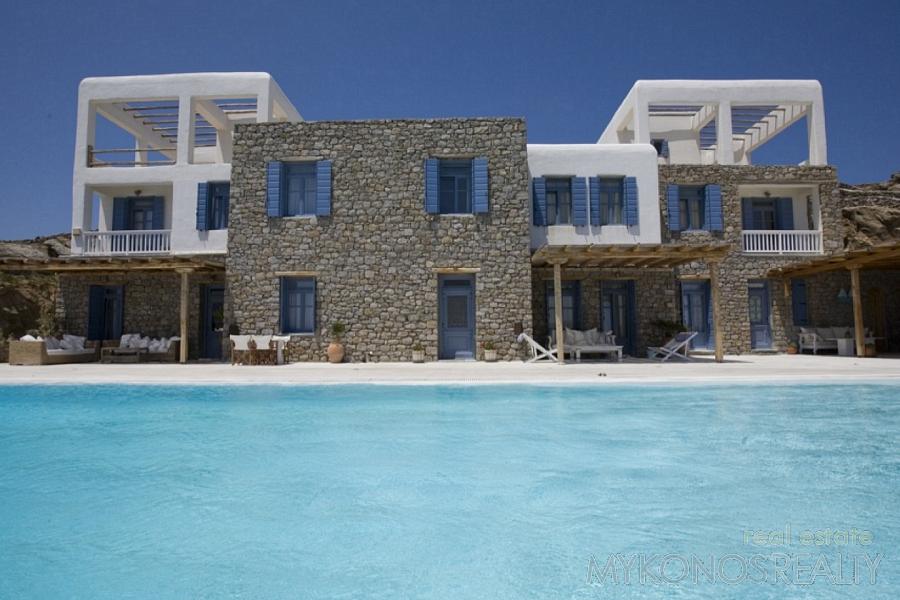 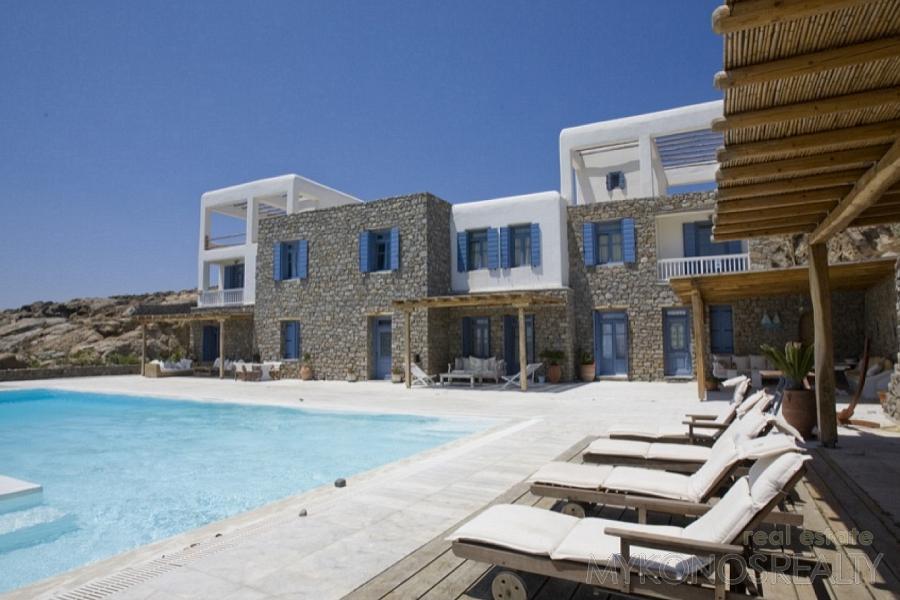 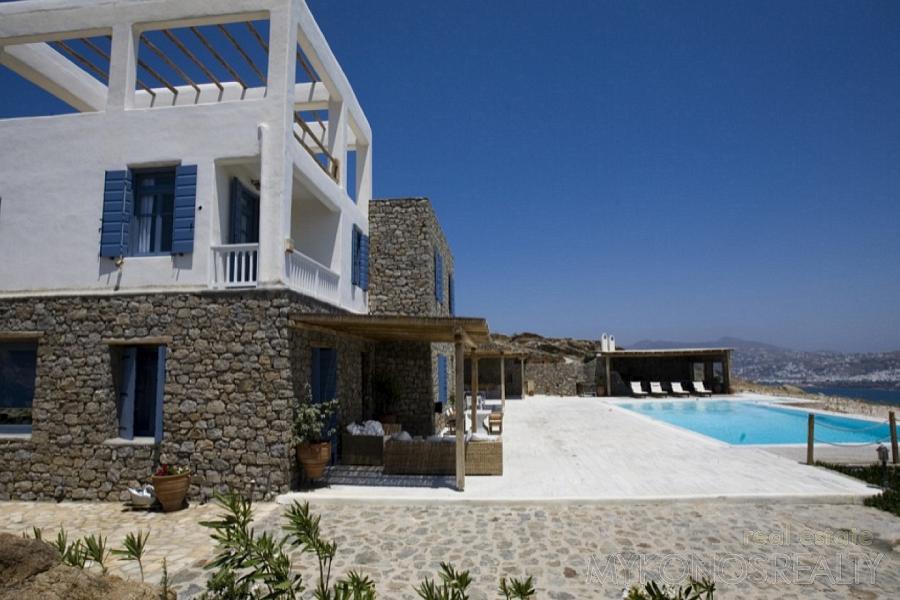 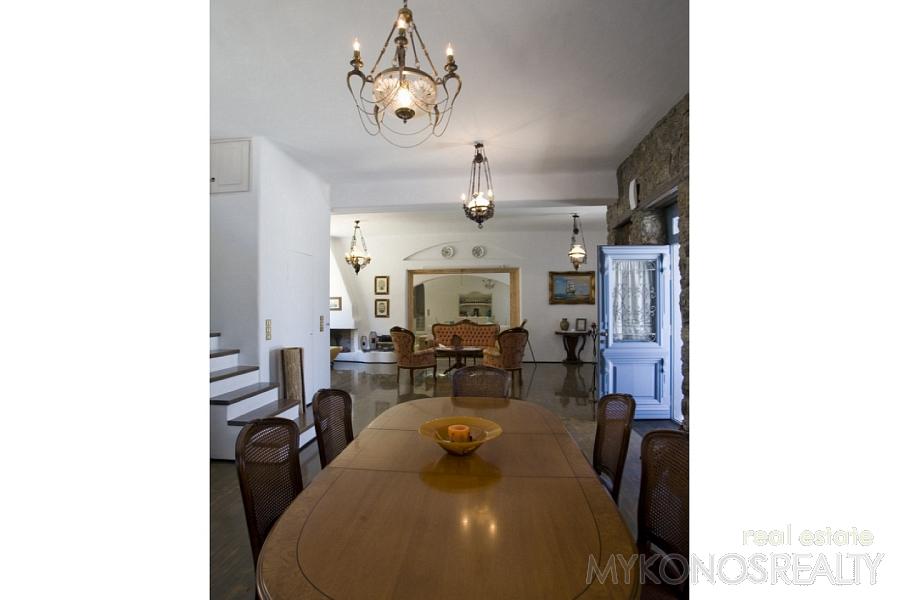 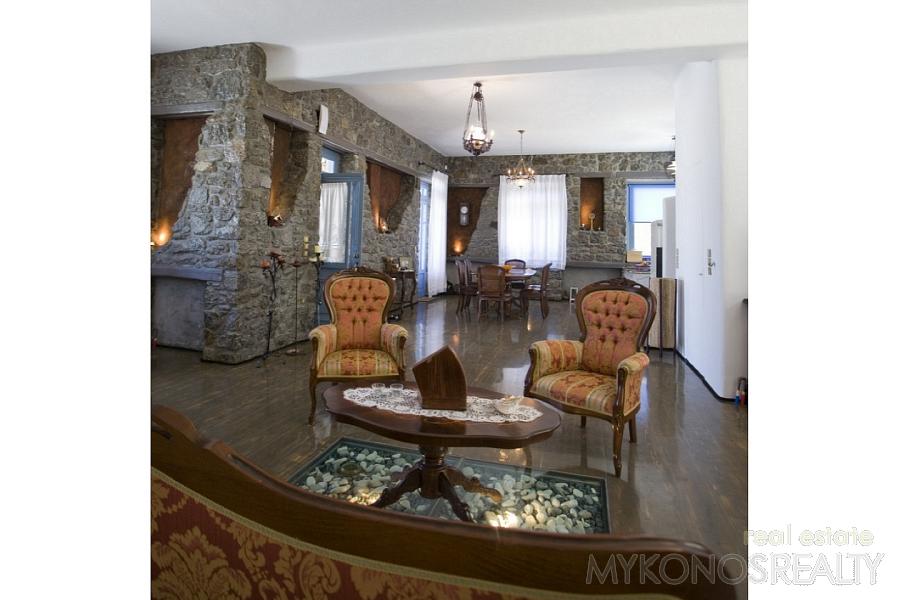 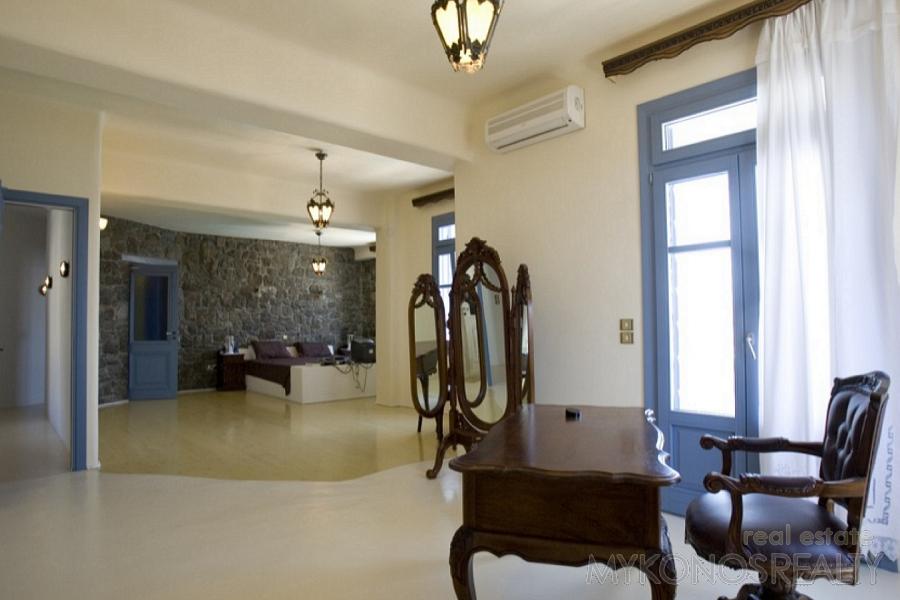 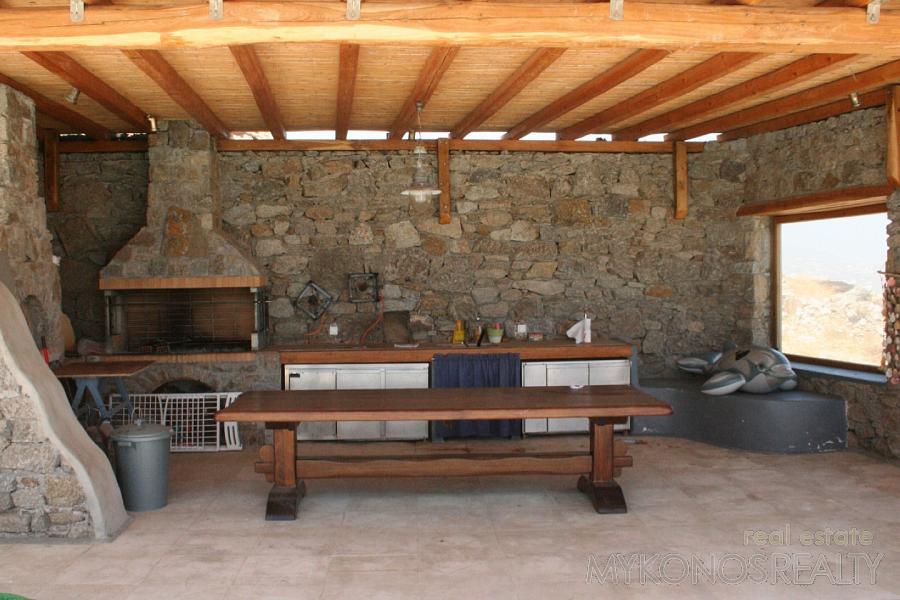 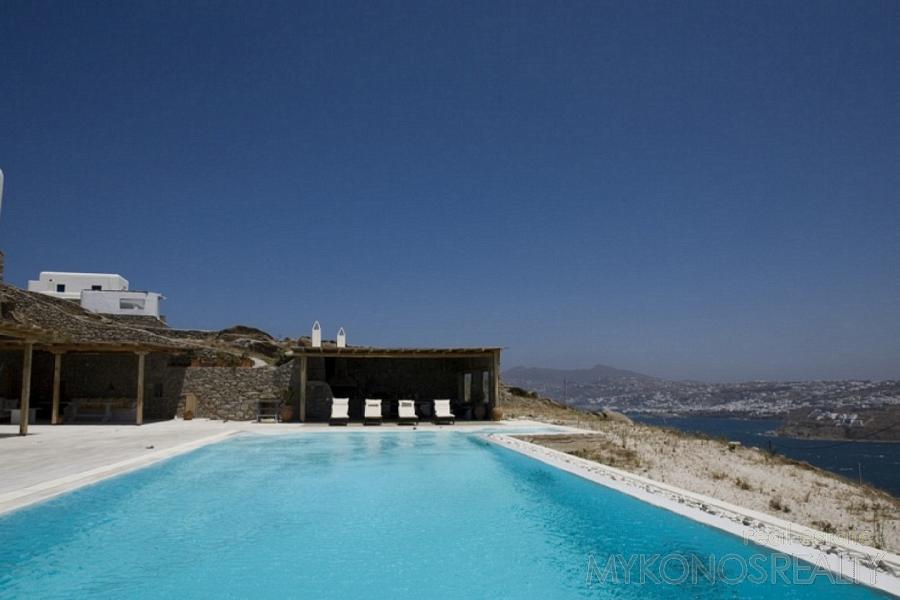 Ornos, villa 530sq.m, fully legal, on extensive grounds 6.090sq.m consisting of one big ground floor hall with various sitting groups and two fire places, two dining places and two big kitchens fully equipped. On the first floor there are two very big master bedrooms with their bathrooms and their utility rooms (about 55sq.m each) as well as a huge verandah each. Furthermore, there are two more bedrooms with their bathrooms.
On the second floor there are also two small independent bedrooms with their bathrooms as well as big verandahs with pergolas.
The house is built in such a way that it can become two symmetrical and identical villas by separating the big hall on the ground floor.
On the ground floor there is an independent one-roomed flat consisting of an open space living/dining room with kitchen and a spacious bedroom with its bathroom.
On the ground floor there is a 30sq.m guest house with a bedroom, a bathroom and sitting area, an outdoor big pool 18m x 9m and on the big terrace there are four pergolas with their sitting groups, their sun beds, one dining area and the biggest pergola has a bar and a bbq.
The view is panoramic, unrestricted and unobstructed to the Aegean Sea and Mykonos Town, the magic sunset and the bays of Ornos and Korfos.
Central safety system with cameras.
The construction of three fully independent guest houses have been provided for below the pool. There are also plans for further building extensions 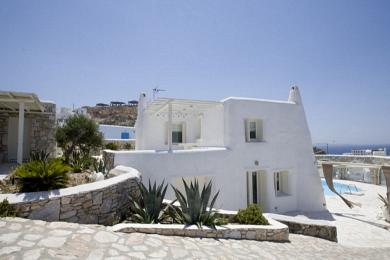 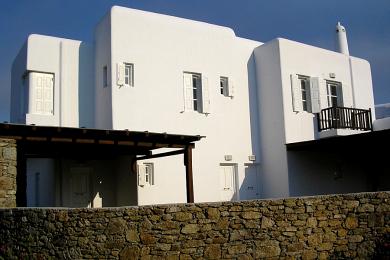 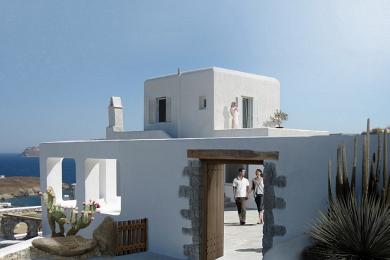